Carbios (Alternext Paris : ALCRB), an innovative green chemistry company specializing in breakthrough technologies dedicated to the recovery of plastic waste and the production of bio-polymers, today announced the appointment of Professor Alain Marty to the post of Chief Science Officer, effective 1st June 2015. 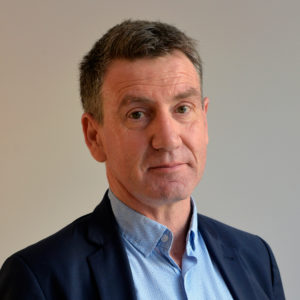 Within his new role, Professor Marty will define the Company’s scientific strategy, oversee the Research & Development teams, and increase Carbios’ profile and visibility among the scientific community.  Professor Alain Marty has been working with Carbios since the launch of the THANAPLAST™ project within the framework of Carbios’ partnership with the INRA/TWB (French National Institute for Agricultural Research, and the associated Toulouse White Biotechnology, pre-industrial demonstrator at the Public/Private interface), a close and essential partnership which he will continue to lead and strengthen. He coordinated and directed the LISBP research teams (Laboratory for the Engineering of Biological Systems and Processes) that are attached to the INRA and the INSA (France’s National Institute of Applied Sciences).  Professor Marty is also a member of Carbios’ Scientific Advisory Board. He has thus actively contributed to the development of Carbios’ enzymatic processes.

Jean-Claude Lumaret, CEO of Carbios said, “Professor Alain Marty is an internationally recognized expert in the area of enzymatic processes.  He brings together solid scientific expertise, high level scientific research, and a great deal of experience in working collaboratively with first-rate industrial companies.  Over the three years in which Alain has collaborated with Carbios, he has demonstrated the skills and enthusiasm that will allow Carbios to meet the development challenges it is likely to face in the coming years.  I am very happy that Alain is joining our team, as it allows Carbios to further strengthen its scientific profile, to bolster its collaborative relationships with scientific institutions, and to highlight Carbios’ role as an innovator in providing concrete responses to re-thinking the life cycle of plastics.”

Professor Marty said, “I am very proud to officially join the Carbios team, with which I have had a productive collaboration for more than three years.  Driving the scientific strategy and agenda of such a dynamic company is a very exciting personal challenge.”  He continued, “Carbios’ industrial vision of using enzymatic chemistry in order to give value to plastic waste, and thus address a significant environmental challenge, as well as Carbios’ collaborative vision that brings together academic and industrial experts to develop high-level technological innovation, are the reasons I am joining the Company.  I am honored by the trust that has been placed in me, and will apply my abilities and scientific network to enhance Carbios’ ongoing innovation and development.”

Alain Marty holds a degree in Engineering and a Doctorate in Biochemical Engineering from INSA in Toulouse (the French National Institute of Applied Sciences).  He began his career in 1992 as a Senior Lecturer at the INSA in Toulouse.  He was named Associate Professor and then Professor, and directs research projects at INSA’s LISBP (Laboratory for the Engineering of Biological Systems and Processes) in biotechnology, bio-catalysis, enzymology, molecular engineering of enzymes, developing intensified enzymatic reactors, and metabolic engineering.  Over the course of his career, he has brought together cutting-edge research with the challenge of implementing it in the industrial sphere.  Currently, in addition to his teaching and research responsibilities, he is a member of the Laboratory Advisory Board of LISBP, and an evaluator for AERES (Agency for the Evaluation of Research and Higher Education) and for the ANR (France’s National Research Agency).