Since its creation, Carbios has secured and strengthened its Intellectual Property portfolio by protecting its key innovations in research and industrial development. At the end of 2020, Carbios held 38 patent families worldwide, 18 of which protect its recycling process as well as the associated proprietary PET-degrading enzymes.

In 2020, the Company’s portfolio was enriched by four new patent families on new PET enzymes, significantly consolidating the Company’s pioneering position in the identification, development and optimization of degrading enzymes. “2020 was a year of great news for Carbios! After the scientific recognition of our enzymatic PET recycling technology by the prestigious journal Nature, the issuance of these international patents validates the innovative and significant character of our technology and thus confirms our technological advance in the development of sustainable solutions for the management of plastics and textiles lifecycle.” said Lise Lucchesi, Intellectual Property Director of Carbios.

Eleven patents were granted (including 7 in the United States), on all of the Company’s projects in 2020, bringing the total number of granted patents in Carbios’ portfolio to 33. Two patents in particular have been granted in the United States on the PET enzymes described in the journal Nature[1]. At the same time, Carbios completed the coverage of its historical family of patents on its enzymatic PET recycling process with new grants in Canada, China and India (in addition to the grants already obtained in the United States, Europe and Japan[2]).

Carbios’ expansive portfolio is an indication of its role as a global leader in the field of PET recycling. By protecting the Company’s IP, Carbios is securing its current and future industrial partners a strategic, and competitive advantage in key markets.

Prof. Dr. Uwe T. Bornscheuer, who is a member of Carbios’ Scientific Committee, said: “I am delighted by the major breakthroughs achieved in the development of the first highly efficient enzymatic recycling process, which has been developed by Carbios and its partners. This innovation is now further underlined by the granted patents. I am convinced these achievements and inventions represent an excellent basis for the creation of a circular economy for the widely used polyester PET.” 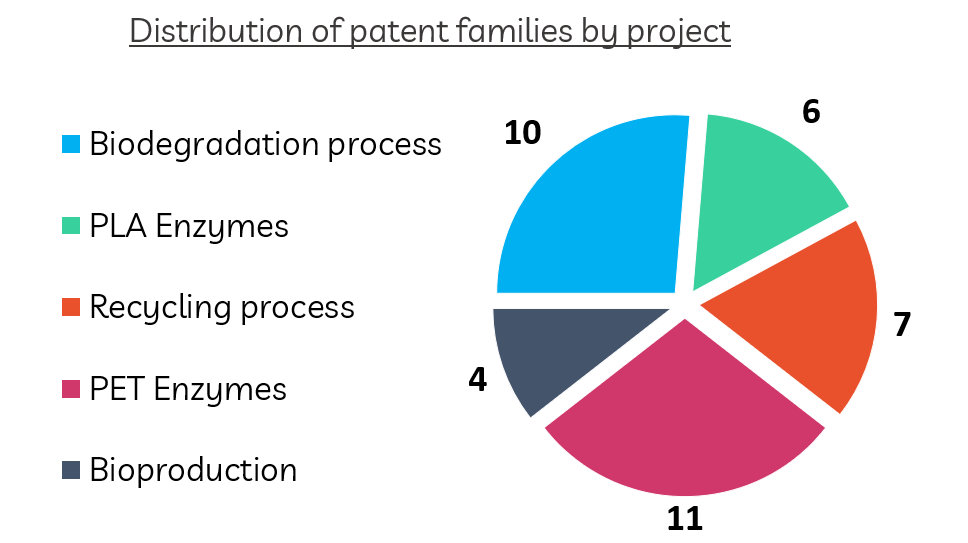